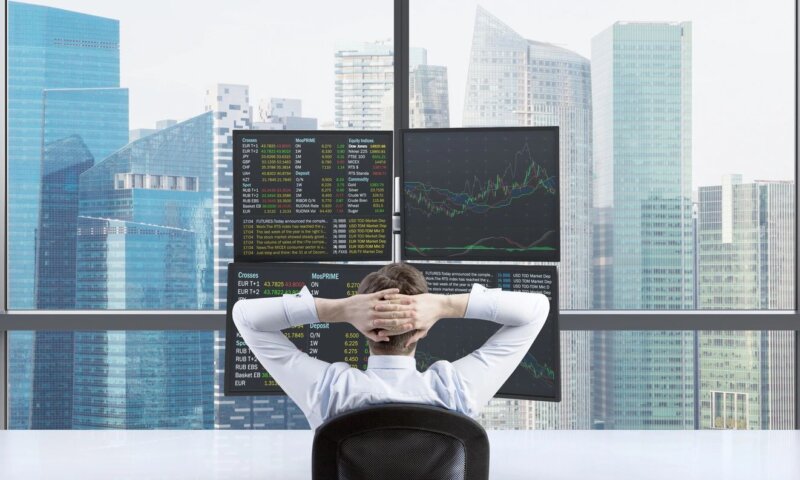 Forex vs Crypto: What You Need To Know

Ever since the concept of working from home, or practically anywhere actually, has struck a chord with people, trading has taken a centre stage. And although in the past, forex trading was a clear choice among traders, the crypto market has created a new earning prospect for people across the world. No wonder the courses for forex trading and crypto alike are rapidly gaining immense popularity.

But it begs the question – is crypto trading as safe as forex trading? Is it sustainable? Can you have a viable future in the industry? This article will tell you everything you need to know about forex and crypto trading and help you make the right decision.

Forex or foreign exchange trading is the buying and selling of currencies for profit. In other words, it is the act of making money from the value fluctuations in currency pairs.

Forex is one of the most lucrative forms of trading. It is a global market and as such, it offers access to anyone with an Internet connection. The forex market operates 24 hours a day and five days a week, so anybody from anywhere can trade at any time of the day. So, it doesn’t come as a surprise that there are over 6.6 trillion dollars traded daily worldwide.

Here’s how the market works

When you trade currencies, you speculate on the value of one currency against another. For example, you may decide that the euro will become more valuable against the U.S. dollar over time and so buy euros with dollars, expecting to later sell them for more dollars than you paid for them.

During times of uncertainty about an economy or political situation in a country, investors may also buy or sell its currency based on their expectations about what might happen in that country’s future from the international economics, political or sociological standpoint.

Cryptocurrency is a digital currency that is used as an alternative to regular, physical money. It’s called “crypto” because it uses encryption techniques or cryptography to make transactions secure. This currency has no physical form, nor does it exist in the form of paper or metal coins. The transactions are recorded in a decentralised digital ledger known as the blockchain.

Here’s how the crypto market works

Cryptocurrencies are based on blockchain technology. To oversimplify it, think of blockchain as a ledger for money or any other valuable item that’s being traded back and forth. Instead of just keeping track of dollars, though, blockchain keeps track of whatever coin or goods are being traded. The ledger is public so anyone can see what trades have taken place and when they happened.

This makes the crypto market completely decentralised. No one company or government controls it. And the exchange of coins is agreed upon by people who trade them directly with each other. There’s no middleman like a credit card company or bank that takes a fee out of every transaction.

Nobody owns the market; it is a purely trader-run marketplace, which is what makes it so appealing to its traders.

Key differences between cryptocurrency and forex

Volatility refers to how much an asset’s price changes over time. All investments carry some risk, but cryptocurrencies are particularly volatile because they are still very new and their value is still uncertain.

More importantly, because of its decentralised nature, the crypto market can be influenced by just one person – as it happened in the case of Dogecoin and Elon Musk. This means that you should never invest money that you need right away in crypto without some protection against price fluctuations.

Forex market is relatively less volatile. Although it fluctuates dramatically with each new development that affects a country’s economy, it doesn’t put you through extreme highs and lows as opposed to crypto. Still, countless forex traders prefer to stick with traditional currencies because they consider forex to be quite risky, too.

Cryptocurrency is not regulated in the UK. The Financial Conduct Authority (FCA) has banned the sale of crypto-derivatives to retail customers in October 2020. In January 2021, the FCA also issued a warning to retail investors of the risks associated with other crypto asset-related investments. They stated that those who choose to invest in crypto should be prepared to lose the full amount of their investment.

Forex, on the other hand, is governed by the FCA and the quality of foreign exchange trading platforms is regularly checked before they can be used for trading. So, you know your investments are safe even if they are experiencing lows.

The liquidity of a market refers to how easy it is to buy and sell an asset. It can also refer to the market’s ability to absorb large amounts of buying or selling without affecting the price too much.

The forex market is far more liquid than cryptocurrency. In other words, you can get your money into and out of the market much more easily in forex than in cryptocurrencies. This means that even if the price of one particular currency varies across exchanges, there will likely be someone willing to buy or sell it at a specific price point.

In the case of cryptocurrencies, this isn’t always the case. Many people are holding onto their coins because they believe in their future growth potential, so there is often less liquidity in certain coins – making it harder to enter or exit a trade quickly.

Almost all the value of a crypto market is held by a single coin, whereas forex is a little more flexible as its value is more evenly distributed, making it safer than crypto.

To better understand these critical differences, joining an educational platform like that offered by Guerrilla Trading – a key provider of courses for Forex trading – is an incredibly beneficial way to develop your career and knowledge as a trader. Plus, you get access to global communities and in-depth resources to boost your progression!