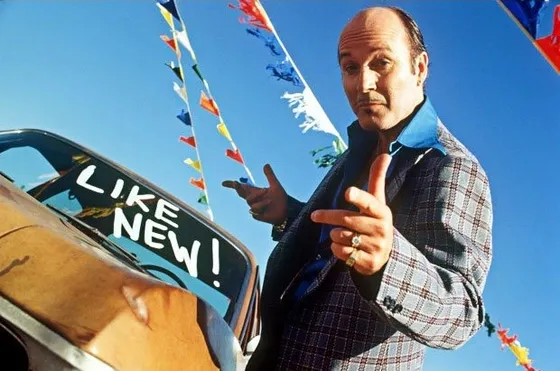 Outdated Sales Tactics Your Business Should Avoid at All Costs

Salespeople in some quarters get a bad rap – which unfortunately is sometimes deserved. And let’s face it, we’ve all met salespeople who are relentless, insincere, misleading and often self-serving.

Even if you’ve somehow managed to avoid them up until now, imagine the old stereotype of the quintessential used car salesman, and you’ll get the picture.

Now more than ever, though, we must push past these outdated stereotypes and ditch the underhanded sales techniques, because here’s the truth: consumers are wise to them and they don’t work.

In this blog, we’ll be discussing sales methods that need to be completely ditched from your repertoire if you’re serious about hitting your sales objectives.

Although it may seem counter-intuitive, these days prospects aren’t interested in your specific product or service.

All they care about is what problems your business can alleviate for them in their professional and personal lives.

Instead of pushing your product, ask questions that really get to the core of your prospect’s pain points. Then put forward a solution that can solve their challenges.

#2: Selling at All Costs

Ever heard one of those catchy buzz phrases, like “they could sell ice to an Eskimo?”

This is still a phrase that’s used to describe a great closer, but when you think about it it’s crazy, isn’t it?

Great salespeople don’t close good business by just selling anything to anyone regardless of whether they’re a good fit or not – they sell to those that can benefit from their product or service.

With this being the case, take the time to perform the necessary background research to ensure that your prospect is the right fit for your business to avoid compatibility issues and high churn later down the line.

This is really an extension of the point above. Don’t for a second be fooled into thinking that your prospects won’t utilise the wealth of platforms available to them to get to grips with who you are and what you do.

Once you’ve engaged with a prospect, they will do enough research to ensure that they have a solid understanding of your product or service. This means there’s really no need to spend too much time yapping on about the features and bells and whistles of your offering.

Prospects no longer need to rely solely on the information being fed to them from a sales rep.

Instead of overselling yourself, you should focus your energies on pitching the benefits and value of your offering– after all, your prospect has a problem and they’re looking to you to make their lives easier.

We’ve all seen it, and this is the very thing we think of when we think about the classic salesperson stereotype, with their toothy grin, over-the-top sales voice and overtly disingenuous manner.

Maybe this technique worked once, but these days all you’ll succeed in doing is sending your prospect running a mile in the opposite direction.

Instead of turning on the sales face, just be genuine. Sales is about making connections, so just do what you’re good at and create a sincere relationship based on mutual trust, value and benefit.

#5: The Art of Persuasion

It’s true to say that sales is about persuasion in some form.

However, the trouble with focusing solely on persuading someone to do what you want them to do, assumes that you’re talking to a prospect that could actually benefit from what you’re offering – which of course, isn’t likely to be the case if you’re just taking the sell at all costs approach.

If you open a dialogue with the intention of trying to persuade someone to do business with you, there’s no way to determine whether that person is a good fit for your product.

In any case, you’ll turn off the prospect completely if you create a cookie cutter sales pitch that hasn’t been properly tailored to each individual.

Instead of trying to persuade your prospects, which could come across as an aggressive sales tactic, use the time to qualify prospects from the outset to ensure they’re actually in need of what you do.

Some things in life, just aren’t meant to be.

There will be times when a deal has no chance of coming off and when you’re honest with yourself, you know which deals are headed nowhere from the beginning.

Every now and then, you might see a light at the end of the tunnel that convinces you that despite your inclinations to the contrary, a seemingly dead deal might be worth pursuing after all.

Of course, part of being a salesperson is adopting a never-say-die attitude, but there’s a fine line you’ll need to tread between being tenacious and overly pushy; one push too many and the reputation of your company could be in jeopardy.

If you sense that a deal won’t pan out – no matter how hard you try – it’s okay to let it lie. Sometimes you can make a deal work with a bit of extra elbow grease, but don’t make a habit of forcing something that won’t fit.

Again, this continues nicely from the last point when we talked about pushiness and tenacity.

The salesperson of old saw merit and reward for relentlessly pursuing their prospects. These days though, that approach won’t fool anyone.

Your prospect isn’t going to appreciate you pestering them for an answer day and night. All you’ve done is make a nuisance of yourself.

Work towards creating a measured and realistic sales cadence, and roll this out to all your prospects.

By keeping up to date with them in this way, you’ll come across as calm, organised and in control.

#8: Leaving the Next Steps Unclear

It’s fine to wrap up a meeting by saying, ‘I’ll drop you a line on Monday’, but there needs to be something a bit more concrete behind your verbal agreement.

Schedule a call using a calendar invite to ensure that everyone is made accountable for their own time.

If you’re using another form of marketing with your audiences, such as social media or email marketing, ensure that you’re creating clear calls-to-action to guarantee that your audience is completely sure on what to do next with their interest.

The landscape of sales is always shifting, and as an entrepreneur, it’s really up to you to keep abreast of what’s going on.

While it can be easy to get complacent with your sales processes and the tactics that formulate them, it’s a must that you are always looking for ways to improve and push forward.

Ridding yourself of the techniques we’ve talked about in this article is a good jumping-off point.

Ben Harper is a sales specialist and founder and CEO of business intelligence company Meet Hugo – a business with offices in the UK, US, Philippines and Germany who are committed to helping B2B companies grow with their innovative lead generation platform.