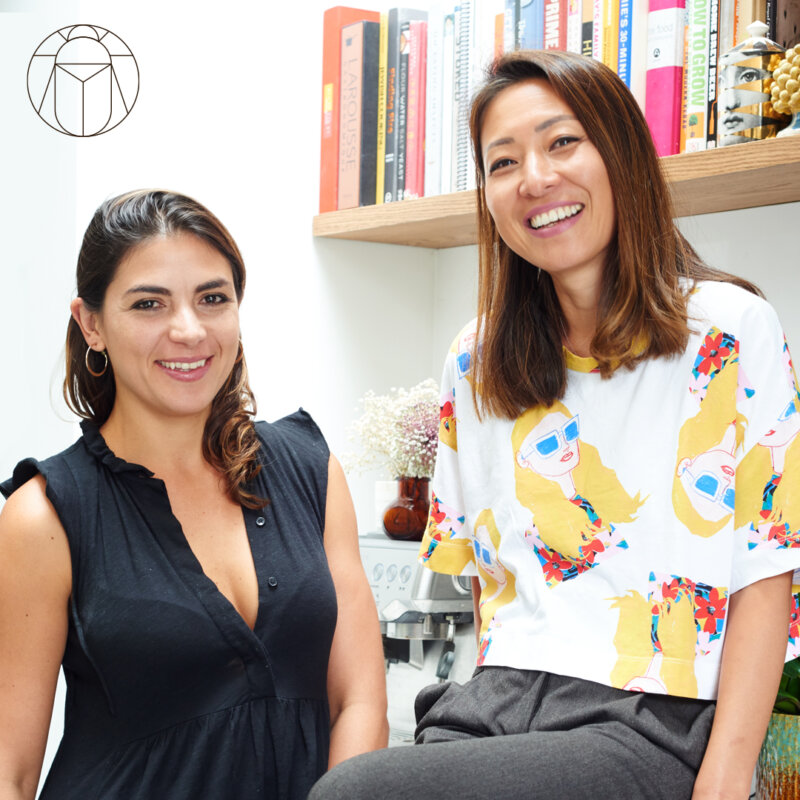 Ento Cacao is a little bit different from anything that has gone before in the premium protein mix space.  For one thing this is a stylish start-up that puts as much emphasis on taste as it does nutritional worth.  Secondly this is a brand that showcases the two founder’s (Danielle & Alejandara) long-standing enthusiasm and appreciation of entomophagy (eating insects) as a highly nutritious and sustainable superfood.

In Western Europe insect consumption is still for the most part greeted with a raised eyebrow or a hard stare, even though a telling Barclays Investment banking review recently suggested that the insect protein market could easily surpass $8billion dollars by 2030.  As two health-conscious co-founders who grew up in Mexico & South Korea, Danielle and Alejandra are only too aware of insect’s proud ‘good nutrition’ reputation that dominates other cultures and continents.

Mealworms are the undoubted ‘hero’ ingredient within Ento Collective, a fantastic, all-natural protein provider that offers great taste (a nutty, earthy twang) and unrivalled ‘nutritional worth’ in equal measure.  For anyone not-in-the-know, mealworms actually offer more calcium than milk, more B12 than salmon, significantly more iron than spinach and all 9 essential amino acids.

Despite all the puffed-up hype that surrounds so many of the UK’s most popular protein blends, the truth is that many of their revered ingredient decks are actually dominated by artificial nasties, masking sugars and cheap, ultra-processed ingredients than have been overworked so hard that they now bear little resemblance to ‘real’ food.  Many everyday protein powders are over-dependent on bland whey powder whilst for vegans it’s even worse as over-dependence on pea protein results in a chalky, bitter aftertaste.

Edible insects are far and away the most efficient protein source out there. Requiring only a fraction of the time, land and precious water required by traditional farmstock.  More than that they feed off simple biomass so don’t require even more precious ancient & rain-forests bulldozed in the name of supplying soy feed or grains.  Throw in the fact that the global production of food is responsible for a third of all gases emitted by human activity (of which 60% is generated by meat production) and you appreciate that the ‘industrial-scale’ farming is quickly nudging us towards an environmental precipice.

Made from a heady mix of edible insect protein, velvety smooth non-alkalised cacao from the Democratic Republic of Congo, a light dash of brown rice and pea protein and more than 20 vitamins, minerals and anti-oxidants this is a beautifully packaged (made from recycled and recyclable cardboard PLUS a 100% bio-degradable inner) that delivers in spades to anyone looking to live a frenetic, 100mph lifestyle.  Yes, a protein powder that tastes of real food and not ‘hoover dust’ is going to appeal to ardent gym goers and well-informed foodies in equal measure, but this is a truly a versatile product with far-reaching ‘family’ appeal that can be as easily blended in juices and smoothies, as it can be stirred within porridge/yogurt or using in any chocolatey themed home bake (decadent brownies, Rocky Road, cupcakes….

Today, down so many food & drink aisles, World Cuisine is playing an increasingly prominent role shaping people’s diets and daily eating rituals. Just maybe the moment is now ripe for entovegan thinking to play a more influential role as we set out to meet our increasingly ambitious healthier living goals.  To cut a long story short, Ento Cacao pairs great taste and better health nutrition with wider ecological responsibilities.  Not only is Ento Cacao seeking to position itself as an all-natural protein powder that’s low in saturated fats, sugar and salt but more importantly as a pioneering protein blend that showcases insects as a nutritious must-have ingredient with authentic appetite appeal.

In Nov 2021, Ento Cacao secured nationwide status courtesy of an Amazon debut and initial talks are already afoot for some seismic NEW listings to land at the beginning of 2022