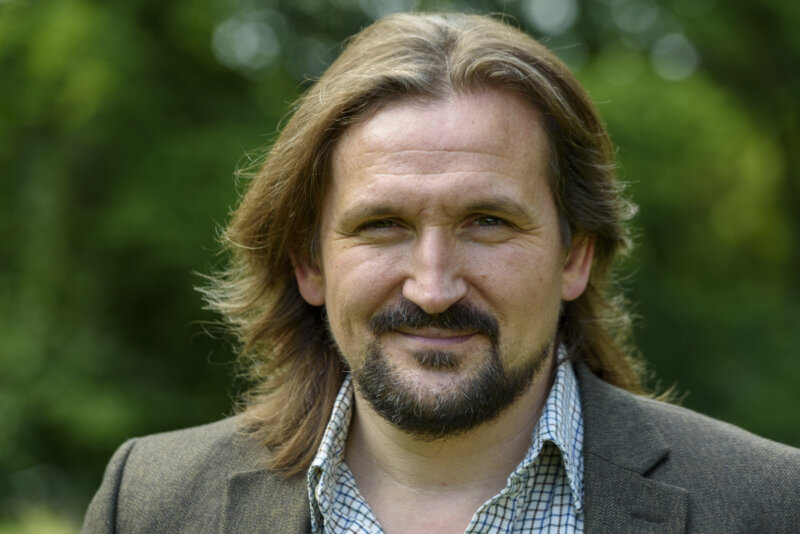 As part of our popular Meet the Successful Founder series, we recently caught up with one of the UK’s leading search marketers Simon Dalley, founder of GrowTraffic.

I have been a marketer for around two decades and in the early part of my career SEO (Search Engine Optimisation) and PPC (Pay Per Click) started to become more important. I started reading and learning and doing, and before I knew it I had developed a specialism in search marketing, which has been the mainstay of my career ever since.

It was a combination of fear of being made redundant and the imminent arrival of my son that made me set up the business in the first place. I’d been made redundant in 2008 and it had had a lasting impact on me. I was determined that I would create something so I wouldn’t have to worry about that again.

For quite a while the business was just me and some contractors. About 5 years later my wife joined the business, but we continued to run the business as a freelance consultancy. Much later, when the business had grown and my sister-in-law was in the process of being made redundant, we decided to set up the company and we went through what I think of as our second founding.

There’s no great secret to this. It was just a lot of hard work. In the beginning, we were fortunate enough to rank at the top of Google for the search term Freelance SEO Consultant and this drove a lot of regular customers. Later we recognised we had to move away from the kind of potential customers who were likely to use that kind of keyword. We also recognised that we were better working more locally rather than trying to service our national client base.

We spent a long time doing a lot of local networking, and when our third director joined the business we opened a whole new location to target, which was a great boon for the growth of the business.

Outside of this, we’ve been consistently developing our own style of social media that people really engage with. We’ve ensured we attend lots of expos, put plenty of content out and created products and services that our audience are willing to pay for.

Despite being a marketing agency doing this stuff day in day out for our clients, it’s got to be said it’s been challenging work but I’m really pleased with where we’re up to.

We’re incredibly lucky to be self-funded and we’ve grown organically. It’s not been easy though. Early on, there were times when the directors decided not to take a salary or to pay themselves less than other members of the team. I personally didn’t take anything from the business for around four years, supporting the business with my other income streams.

For me, the key success is we’ve grown and become more profitable each year. That’s what I look to as an indicator that we’re going in the right direction.

More than the bottom line though, our business is well respected in our two locations. We’re regularly invited by council’s and other local organisations to aid them on various boards and projects, and we’ve been able to have a really positive impact in our local areas.

Probably the biggest challenges have been in the relationship dynamics of working with family. In addition, the three directors have all had a key role in the development of the business and each of us has a slightly conflicting view of the business because of that, but in many ways, I also see that as a strength.

We’ve got over these things by using a number of different techniques. My wife and I learned early on that we shouldn’t communicate about a disagreement in the business at home, but rather find somewhere neutral like a pub or restaurant.

When my sister-in-law joined we had a similar conflict but we very quickly overcame that and have worked very closely together ever since.

It’s not perfect though. We’ve known each other for a long time and can talk to each other in a way you’d never talk to a colleague in a corporate environment.

We have huge plans for growth in the future.

We’re spinning out a software solution we’ve been developing to be its own stand-alone business and I’m looking forward to seeing which member of the team will step up to head that project for us.

We recently launched a DIY digital marketing platform, but we did this on a relatively lean basis as a proof of concept. It’s massively taken off and there will have to be time spent in the next year moving this to phase two.

We’re also in the process of buying an old church building to turn into a digital business hub. We’ve been working on this project for several years, but it now seems like it’s about to come off, which is extremely exciting and perhaps a little daunting, especially considering what’s happened over the last couple of years.

On top of this, we run a couple of networking groups and we plan to relaunch an awards programme we used to run. And have several media projects, including GrowTraffic Bitesize, GrowTraffic Figures It Out and Shooting The Sh!t, which have all generated their own following and are successful in their own rights.

Finally, I’ve recently launched a charitable project called The Let’s Talk Project CIC, which is aimed at helping vulnerable people, especially men with mental health issues in our local area. We’ve got an agreement in principle for the first year’s funding, so I expect this will need some of my attention in the coming months!

Ultimately, I want to see all these strands coming together in one interconnected group of businesses and companies that all work together, with GrowTraffic at the operations centre. I’m looking forward to the challenge of encouraging all the different entities and stakeholders to work together through one loosely overarching strategy.

Starting a business is a bit like having a baby, there’s never going to be a right time and if you wait too long it might not happen.

I waited far too long to join my own business in a full-time capacity, and I deeply regret this now.

Can you share your top 5-10 tips for entrepreneurial success?

Who are the 5 people who inspire or inspired you the most?

Rand Fishkin, the former CEO (Chief Executive Officer) of Moz has been a major inspiration to me over the years. Probably more so after I read his book Lost and Founder. I really related to a lot of his experiences. It’s great to see that his ultimate goal of the sale of Moz has happened and I hope this has been as lucrative for him and his wife, as they had hoped it would be.

An old Marketing Director I used to work with inspired me to keep going with marketing when I was seriously considering if it was the right industry for me. I remember thinking “Wow if you can be this senior then so can I. I suppose that’s a bit of a backhanded compliment, so I’ll name no names. But he has been exceedingly kind and supportive to me over the years and it’s been a joy to see his career progress. He’s pushed me in ways he’ll never realise.

A disgraced entrepreneur also had a significant impact on my early professional development. I’ve got to say he wasn’t the nicest of guys in many ways, but he inspired me to try to be more than just a cog in the corporate machine. Again, I won’t name him, and I can’t get on board with a lot of his actions, but he taught me to negotiate and how to handle people.

In 2013, my wife and I managed to buy an old farmhouse with a few acres of land. A few people helped and inspired me to make this happen. Namely, a business coach named Suzie Mitchell, who helped me believe I could be more than the suburbia I had felt trapped by. Suzie taught me to set goals as no one had ever before. This was transformative.

Additionally, there were our friends Jamie Mackay – who I best manned for at his recent wedding – and Kelly Brotherhood, both of whom demonstrated we could buy a house with land and get the lifestyle we dreamed about, if we just expanded our horizons.

I often challenge myself and the people around me to think bigger and think differently. This is a continuous theme I take from the lives of the people who inspire me.