Are digital comms more important than ever to build brands?

By Lucy Swanston.  In November, the Guardian ran an article reporting on retailers bringing back printed catalogues and leaflets to grab the attention of locked down shoppers. It claimed that while many brands had switched to digital during the spring lockdown, a growing number were now revisiting print to capitalise on target audiences stuck at home.

Many retailers reported just how successful print was proving in driving traffic to both online purchases and phone orders. As a firm advocate of print in multichannel campaigns, this news came as no surprise to me. Nor did the industry-wide survey revealing printed mail had greater engagement during the pandemic. After all, who doesn’t remember Boris’s letter?

So, on November 9, I tuned in to watch industry giants debate if ‘digital communication is more important than ever in building brands’. I hoped the debate would finally overturn the misconception that ‘print is dead’.

The Debating Group normally hosts its discussions in the House of Commons with marketers, politicians and journalists in attendance but this was its first ever virtual debate. MP Dean Russell opened proceedings by reflecting just how important it had been this past year to communicate key messages effectively, noting how damaging it could be when they didn’t get out in the right way.

Monica Manoras, on behalf of the Internet Advertising Bureau, put up a good argument to propose the motion. She said digital is the UK’s most dominant investment medium because it’s the most consumed media, claiming: ‘where eyeballs go, budget follows’. She argued that brand building needed to be done where consumers are spending the their time, which, increasingly, has been online. Digital communications, she concluded, offered the possibility of greater mass reach for less, and better targeting through performance or activation advertising.

Opposing the motion on behalf of the Independent Print Industry Association (IPIA) was Mike Hughes. He was quick to point out the increasing consumer awareness of the perils of digital and just how manipulative social media and digital marketing have become in exploiting individuals’ data. He urged brands to consider their use of ‘hyper targeting’ given that consumers now understand how this technology has been used −and abused − and may not like it.

Mark Davies of Whistl was quick to pick up on this point when contributions were welcomed from the floor. He suggested programmatic advertising using data trod a tightrope between clever and creepy with future privacy laws possibly making it illegal. He reminded the Group that media agency Goodstuff Communications had already referred to 2019 as ‘peak digital’.

Hughes was not advocating a mass return to print amongst this digital fatigue, more an openness to a multichannel approach, using a mix of direct and indirect, digital and physical channels. The novelty of digital is wearing off, especially during this lockdown as people crave physical communication. He posed whether folk would prefer a wedding invite through Facebook or receiving a beautiful, handwritten one through the post.

He argued that valuing printed marcomms wasn’t just the domain of older generations but the young too. He said only recently his teenage daughter had added a perfume brand to her Christmas wish list after receiving a personalised mailing and sample through the post. Indeed, research conducted by the Royal Mail and Trinity McQueen during the pandemic revealed that 24% of 18-34 year olds reported engaging more with mail.

And with good reason too. When Carey Trevill of the British Promotional Merchandise Association (BPMA) spoke, she referred to well-tested theories that show that branded materials and merchandise switch on our right-brain thinking, building memories with a clear sense of place. She cited examples like hotel branded mementoes that trigger memories long after the excursion itself has ended.

Using the physical medium of well-chosen materials to deliver a message allows brands and service providers to deliver an emotional connection and greater engagement with prospects and customers in ways that digital alone never can.

At the end of the Debate the motion was defeated and I was delighted. I took heart that some brands at least would consider adding print and physical marketing back into their mix as it gives them greater opportunities to stand out and build trusted and lasting relationships with customers.

Never underestimate the importance of physicality, look at companies like Apple which uses its packaging as part of the brand experience. In his summarisation, Hughes reminded us how much better it would have been to have debated this ‘digital’ topic in the House of Commons, to observe body language and take in the atmosphere of the room.

He was right in that digital doesn’t always provide the best experience and I’ve certainly had some Zoom calls that attest to that fact! Undoubtedly digital has proved a Godsend during this pandemic but oh how we are all craving the physicality of human connection. Strategies that are totally committed to, or heavy on, digital run the risk of not standing out thereby missing out on meaningful connections.

Getting the right mix

One guy in the debate likened marketing to baking a cake. Its success depends on the different quantities of ingredients in the mix. It’s a good analogy and one we’d all do well to heed to avoid a dense sponge that no one wants to eat!

Lucy Swanston has been Managing Director of Nutshell Creative since 2005 when she co-founded it. Before that, she spent five years in the print sector and continues to stay connected by sitting on the Councils for the Independent Print Industries Association (IPIA) Council and the Data & Marketing Association (DMA). Lucy recommends the best channels to achieve the client’s marketing objectives, believing that a good media mix is far more effective than having all your tactics in one basket. 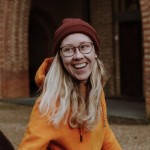