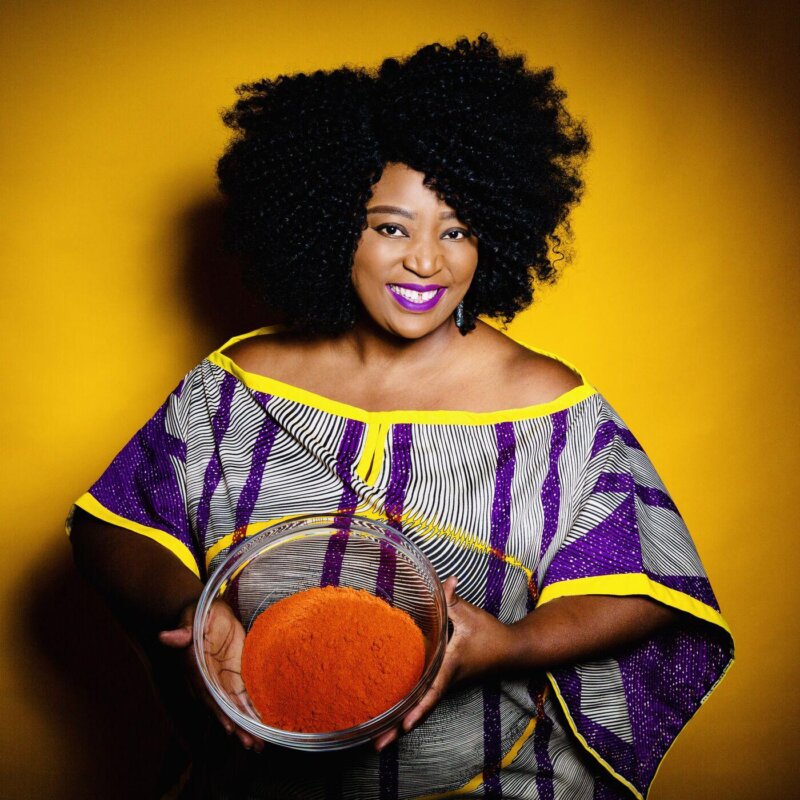 The gradient of the mountain Delight Mapasure (Dee) and her K’s Wors team have had to scale can be encapsulated by a recent Add Psalt estimate that fewer than 2% of Britain’s food and drink businesses are Black-owned.

And yet, just over 4 years down the line and after numerous setbacks, Dee finds herself shortlisted as a Northern Power Women finalist, is a recent Enterprise Vision winner and has Costco alone ordering in excess of 1 tonne of boerewors a week.

Boerewors for the uninitiated are a joyously meaty (90% minimum), tightly coiled sausage made from an array of coarsely cut meats (lamb, beef, goat & pork…..) that’s been heavily seasoned with a deliciously distinct blend of coriander, nutmeg, black pepper, cloves and allspice).

In the UK, sausages have long enjoyed an enviable heritage whereby much-loved regional favourites jockey for supremacy.  The problem however is that despite sausages once being perceived as a pinnacle of proud butcher craft, today most sausages are perceived as little more than a meat counter commodity.  Whilst many other food & drink aisles have been revitalised via the arrival of exciting World Cuisine alternatives, sausage counters until quite recently remained quite parochial.

As a result, Dee’s boerewors have been a breath of fresh air combining ‘top drawer’ British meats with distinct blends of authentic African spice mixes, bringing tangible zest and spirit to a food aisle that had lost its way.

Being an underdog food manufacturer has kept me on my toes from Day.1, which is no bad thing, as it’s a truly fluid, fast-moving sector where there’s only a gnat’s breath between success and failure.  My business originally materialised after I was asked to support a charity event with my cooking and the resulting boerewors I made to a much cherished family recipe earned rave reviews.

As an individual I’ve always had an inquisitive entrepreneurial, mind which helps explain why even during my time as a civil servant I was also sitting Open University exams to secure an English law qualification whilst simultaneously running an urban, home cleaning business in Manchester.

I suspected from the beginning that entering the food fray as an outsider would be tough but had no idea just how much resistance I’d face.   Today I can look back on 19/20 straight rejections for funding, which came from every conceivable quarter, including mainstream banks, start-up-loans, seeding operations and even incubator programmes.  Rejections came in every imaginable guise, from polite no thank yous to unnecessarily discourteous, put-downs.  I’ve had everything said from my range not having validity to, isn’t this really a hobby and wouldn’t you be better off at home with the kids?

Fighting for what you believe certainly isn’t a bad thing, if nothing else it helps you appreciate what you have even more; so whilst there’s no disputing that I’ve experienced more than my share of setbacks over the years, it’s only ever hardened my resolve to succeed.

The early years as with so many things are always the hardest, whether that be juggling jobs to make ends meet or raising funds to keep my fledgling business up & running.  I’ve always been a voracious mingler who’s not afraid to spend week days jumping on buses to attend small specialist business workshops, networking events or seeding rounds, whilst not having two pennies to rub together.  Every small success feels like a Nobel Peace prize, be that a Great Taste award, a National Sausage Week accolade, A Food & Drinks Hero Nomination or being made an F-entrepreneur ambassador.

That said, the good certainly outweighs the bad ten-fold!  Five years down the line I’m still so chuffed about how K’s Wors is bringing new appreciative audiences to the premium sausage fixture, be that, lovers of authentic artisanal fayre, early adopters of World Cuisine and a ‘proud as punch,’ ex-pat African community craving stronger ties with homeland culture.

As a Manchester-born business its great to know that there are regional supporters who have your back, be that NatWest’s Manchester Entrepreneur Accelerator scheme who put their hands up and told me that they were proud to support my ideas, to Insider Magazine voting K’s Wors one of the North West’s most exciting companies, a cutting that takes pride of place in my office.

I’m also a big believer that if you receive you should also give back, which helps explain why I recently started a mentorship programme geared specifically at helping female entrepreneurs entering the food & drink fray.  Already one of my mentees has launched into retail with a range of sublime drinks, which honestly gives me as much pride as anything I’ve achieved myself.

Opportunities can certainly come from the least expected places.  Early doors I found myself featured on the BBC’s Life & Debt programme, which looked at the various unnecessary hurdles put in front of restless, ‘wanting to succeed’ entrepreneurs.  To this day this alongside my Dragon’s Den rejection have been my biggest break-through moments, because it was people being alerted to my struggles that ultimately opened doors, proving that opportunity often follows adversity.

Dragon’s Den is every bit as unnerving as everyone suggests, especially with a couple of the Dragons having a number of truly incredible food business launch successes under their belt.  People still ask whether I was upset at failing to secure financial backing and in truth, whilst no-one likes to fall short, it only further fuelled my appetite to succeed.  It’s also worth mentioning that failing wasn’t so bad when you appreciate that I was pitching to 2 vegetarians, one self-anointed sausage detractor and one dragon with other ‘fine sausage’ commitments.

With Ocado and Costco in rude health, online sites storming the barricades and foodservice & hospitality providers chasing us down, the future looks bright; especially considering that the original Afro-Caribbean stores and cafes that were so instrumental in helping us get up and running in the first place continue to stick by us.

There’s certainly so many potential opportunities to chase down from dry spice mixes and meat rubs to relishes, cook-in sauces and even jerky.  There’s also significant scope to expand our artisanal sausage reach, appealing to increasingly influential ‘food minorities’ including halal and kosher to ketogenic and plant-based.

Distribution wise there’s so much more to go after from food halls, delis and garden centres, to the major mults, high-end hamper companies, hotels and even the on-trade!

Export is another key priority moving forwards, expanding our boerewors horizons, a commitment that has already resulted in positive exploratory trade missions to Ireland, India and UAE and exciting preliminary chats with Costco hierarchy to enter their highly prized US estate.

In short, our adventure has only just begun and we don’t regret a single setback or rejection we’ve faced along the way, because as the old saying goes, whatever doesn’t kill you, makes you stronger!