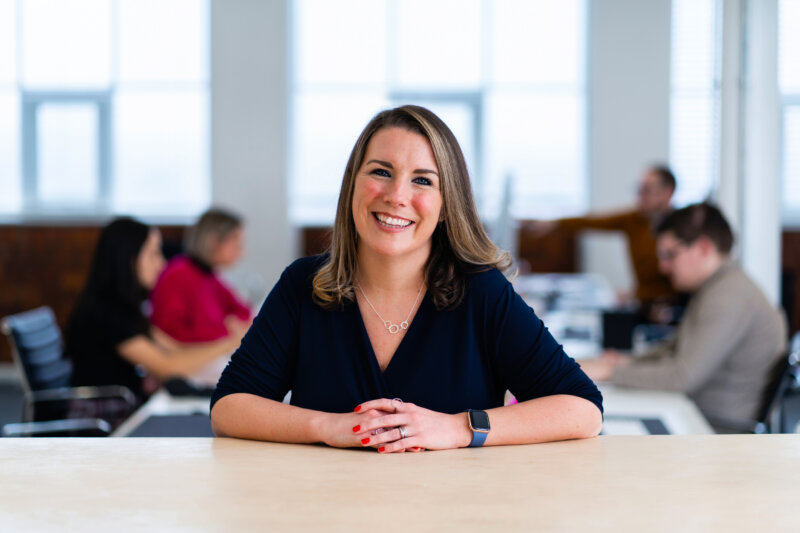 Gemma is a purpose-driven tech-for-good founder with a passion for using technology to speed up the rate of change for people globally. As the co-founder and CEO of Culture Shift – an impact software business that works with over 80 of the UK’s most prominent universities, plus a number of corporate businesses, the NHS and further education institutions, Gemma has a track record of activating change within organisations for the better and removing the barriers to reporting any form of harassment. Gemma is also a prolific and passionate speaker whose mission is to be a visible female founder and encourage other women – particularly working mums, to become leaders in business.

Culture Shift is an impact software business that exists to lead positive change in organisational culture. Our online reporting platform gives organisations the insight they need to monitor and prevent bullying and harassment in educational institutions and workplaces. The software empowers anyone who has experienced or witnessed any form of unacceptable behaviour the opportunity to report it safely and anonymously if they wish, at a time and place that feels comfortable for them, while also accessing further support. In addition, the organisation is able to manage specific cases and identify any trends, so they can take a proactive and preventative approach to protecting their culture.

When I had both of my children, I was faced with maternity discrimination with bosses assuming that, as I was a mum, I wasn’t as committed to developing my career. It was for this very reason, I decided that I wanted to strive towards creating a more positive workplace culture – and Culture Shift was born.

Culture Shift was created with a strong belief that everyone should have a positive experience in their place of work and study. We launched the platform with the aim of empowering leaders and senior teams to create positive, lasting change for their entire organisation.

The underlying principles of our software were originally developed in collaboration with the University of Manchester’s Equality, Diversity & Inclusion Team, alongside their Students’ Union, in response to research from the NUS on female students’ experiences of sexual harassment and violence during their time at university.

Tackling problematic behaviour and improving organisational culture is something that is incredibly close to my heart, having experienced incidents myself. Facing maternity discrimination on two separate occasions really motivated me to want to improve workplace culture and ensure that others don’t have to bear the brunt of unacceptable behaviour.

We have worked hard to share our best practice to help others learn from our experience in tackling problematic behaviour. Culture Shift’s software has been featured in multiple best practice case studies too, by a number of prominent organisations who are working to change their culture when it comes to tackling bullying and harassment.

We contributed to two reports by the Equality and Human Rights Commission, one on tackling racial harassment at university, and another for which we gave evidence to feed into the technical guidance for employers to handle sexual harassment and harassment in the workplace.

Alongside this, we focus a lot of our attention on our marketing efforts and on generating awareness via a mix of channels, including social media, digital and PR. We also host regular webinars, speak at industry-leading events and have had great success with general word-of-mouth. We’ve done a lot of work to instill positive change for our existing clients, many of whom have shared their experiences publicly, which has resulted in growth for us too.

Over the last two years, I’m proud to have been able to lead the team to secure two rounds of investment. As a female founder, the odds are stacked against me when it comes to seeking investment. In fact, the HM Treasury’s Alison Rose Review of Female Entrepreneurship report revealed less than 1% of all venture funding in the UK goes to female founders, so being able to raise £1.35 million in VC funding in 2020, followed by a further £1.5 million in 2021, has been an amazing achievement to buck this shameful trend.

The funding has really supported our ambitious growth strategy and has enabled us to expand into new sectors, develop our product and grow our team.

More than 1.5 million people now have access to Culture Shift’s reporting system, which is a huge milestone for us.

We’re working with multiple world-renowned institutions such as UCL and the University of Cambridge, the NHS, plus a number of corporate clients and further education colleges, who really see the value in taking a preventative approach to tackling bullying and harassment. We also have a 0% churn rate, which is something that I am hugely proud of.

In addition, we’ve increased our headcount by a third over the past year and are continuing to experience substantial growth.

The pandemic has of course been challenging for businesses across the board and as many organisations had to cut costs, we really thought workplace culture may have fallen to the bottom of the agenda. But that’s not been the case at all.

Our recent growth has proven that businesses are really keen for positive change and, while there is still a long way to go, it’s great to see that many leaders are still striving to create safe and supported environments for their employees.

We have now expanded beyond universities and are working with multiple private and public sector organisations, plus further education colleges, which is a huge area of growth for us. You only have to switch on the news to see a new case of bullying, harassment, sexual harassment or discrimination in many organisations including workplaces, hospitals, sports clubs and educational settings, proving there is an urgent need to tackle the issue head on, otherwise we are failing people.

My life has transformed twice. Firstly, when I became a mum and secondly when I found the courage to become my own boss. I am a mum of two and suffered maternity discrimination during both periods of maternity leave. This massively affected my confidence. I was sick of bosses assuming that because I had become a mother, I wouldn’t be as committed to developing my career. If you feel this too, don’t put up with it – be the change you want to see in the world.

Can you share your top 5-10 tips for entrepreneurial success?