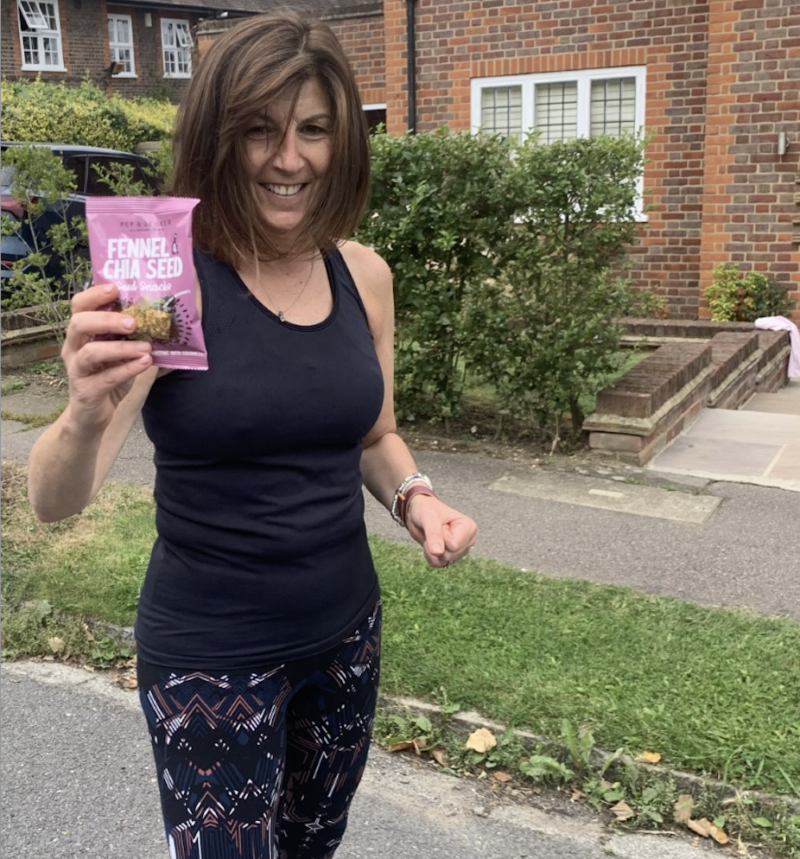 Susan Gafsen had wanted to run her own business for as long as she could remember. A polite yet persistent inner voice had convinced Susan that her future lay outside law, a mischievous voice that only got louder the more time she spent in her legal career helping growing numbers of small businesses keep their businesses on track.

That said, it wasn’t until Susan snuck into her 50s and her two boys had become alarmingly independent that the call to do ‘her own thing’ became so deafening that she had little choice but to listen, leave corporate life and enrol on a business studies degree.  By now the ‘brain wheels’ were really whirring, but Susan needed a worthwhile cause to get her teeth into.

The cause came out of the blue, courtesy of her youngest son’s well-intentioned yet poorly executed move to a vegan lifestyle that had unwittingly resulted in some very poor dietary choices.  Susan needed to know more, however it didn’t take much digging to discover that for all the bold ingredient deck claims and self-righteous, on-pack straplines, so many of the products in question were big on swagger but light on reality when it came to ‘real’ food ingredients, nutritional worth and clean deck credentials.

Susan was sure she could do better by focusing her thoughts on simple, nutritious food that spoke from the heart both in terms of taste and nutritional clout.  Susan needed an accomplished amateur chef on side, which was the moment she reached out to her best friend and sister-in-law Juliette.

After a quick foray into vegan soups, which were well received but a logistical nightmare to dispatch. Susan & Juliette settled upon pocket-sized, better-for-you snacking to fuel the nation’s blossoming, ‘healthier on-the-go’ cravings.

Thankfully today’s better-informed snackers aren’t prepared to be duped by throwaway claims like ‘low fat,’ which can often be code for, loaded with masking sugars and unnecessary fillers.  Today more of us recognise that ‘fat’ isn’t the dreaded enemy we once suspected, its refined sugars and saturated fats that are causing much of the obesity angst.

Here at Pep & Lekker we’re also pleased to get behind some of the latest, most dynamic food movements from gluten-free and vegan to good gut health! For too long snacking has been wrongly frowned upon as ‘lazy eating,’ but in truth, well-balanced nibbles are integral to helping us cope with increasingly full-on, hectic on the basis that we choose wisely.

We’ve only been going a little while but there have already been a number of notable highs, from our Sugarwise alliance and winning Nourish & Women’s Health awards, debuting at Taste of London to working with Healthy Nibbles, securing all-important listings with spot-on retail partners like Ocado and Revital and even our first export success to Ireland.

Naturally there have also been a few inevitable hiccups along the way, from finding a suitable bakery partner who could keep up to tracking down packaging that doesn’t need a machete to open in.  They say that temporary setbacks are the best learning curves and our 2020 Sainsbury’s trial was certainly that and a whole lot more besides.

One could argue because we didn’t secure a full-scale listing afterwards that this was essentially failure and yet this was the very moment our brand grew up.  Over a twelve-week period we learnt that our packaging was too crinkly and hard to open, that our on-pack messaging was a tad confused, that our chia content needed to be dialled down a tad, whilst a sensible transition from sunflower to olive oil, not only improved our flavours but allowed the keto fraternity to join our gang.

Today we boast superior packaging, enhanced flavours and an audacious crunch brings to life our 6-strong range of amazing snacks that cover both sides of the sweet/savoury divide which means for the first-time intrigued customers and potential retail partners are tracking us down and dropping us notes, which is so different from even only a few months ago

This month saw Juliette leave the fold to follow her own dreams, but I’ve now been joined by the lovely Talesha who’s brought a new burst of youthful energy to Pep & Lekker HQ.

I would certainly advise anyone twiddling their thumbs in corporate land to take a peek over the fence because the grass is indeed greener!